Best to get together with "We're Going On An Adventure!"

The code is very well hidden and split up into 3 parts:

Video guide to and of the Alien Surgery! - http://www.youtube.com/watch?v=iO-M9JnMw1Q 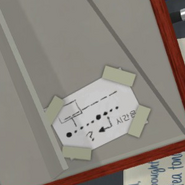 Hint #1 behind your certification 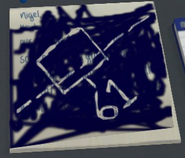 Hint #3 is accessed through this tape.
Add a photo to this gallery
Retrieved from "https://surgeonsimulator.fandom.com/wiki/Enter_The_Code?oldid=10775"
Community content is available under CC-BY-SA unless otherwise noted.